Ever wonder where the dirt road goes?
EXPLORE

Expeditions that Go Beyond the Average Tour

Backcountry Expeditions is an adventure motorcycle tour and training company offering a range of premium all-inclusive off-road expeditions across the western United States. With rides ranging from five to nine days in duration, across eleven states, from March to November, we offer a wide variety that is sure to meet your adventure motorcycle ambition.
LET'S RIDE
We provide full Backcountry Discovery Route® (BDR) rides, shorter Adventure rides, Custom Expeditions, or Skills Training for those new to Adventure motorcycling. Whichever experience you choose, we deliver to a standard that sees our customers return time and again.
With an in-house fleet of new BMW GS Adventure motorcycles, first-class equipment and industry-leading guides & instructors, we’re ready to welcome you on your next motorcycle adventure! From pre-ride consultation to on-hand expedition support, we guarantee you the experience of a lifetime.
Our mission is to provide the highest quality motorcycle expeditions with customer satisfaction guaranteed. Detailed planning, preparation and coordination is professionally delivered by our team, allowing you to safely ride, explore and enjoy the remote backcountry while we take care of the rest!
Gained from delivering Special Forces Missions around the world, our team has over 50 years of collective experience in expeditionary planning, navigation, wilderness recovery techniques and safety & survival through remote and even hostile terrain. You couldn't be in safer or more professional hands!
Backcountry Expeditions has delivered countless adventure motorcycle tours across the United States and around the globe. We have over 50 years of collective knowledge & experience in expeditionary planning, navigation & survival. Most importantly, our clients keep coming back... year-after-year, ride-after-ride. With a 92% return rate, we are proud of the motorcycle adventures we deliver and look forward to welcoming you on the next ride.
LET'S RIDE 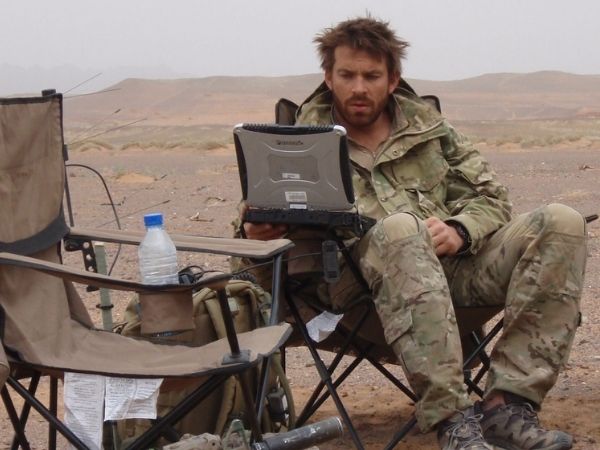 Having led countless off-road expeditions around the globe, Neil now uses his knowledge and experience to deliver world-class motorcycle adventures for ADV enthusiasts.

Gained from delivering Special Forces Missions around the world, our team has over 50 years of collective experience in expeditionary planning, navigation, wilderness recovery techniques and safety & survival through remote and even hostile terrain.

You’ll be in safe hands! We look forward to welcoming you on our next motorcycle expedition - your epic adventure awaits!

Chris “Tito” Padilla is the Operations Manager for Backcountry Expeditions. His two-wheel dreams began while serving in the United States Marine Corps as an aviation maintenance technician. During down time, Tito and his fellow Marines loved riding motorcycles.

From riding the muddy dirt bike trails in Okinawa, Japan, to carving canyons in southern California, he was hooked. After his time in service was completed, Tito attended Motorcycle Mechanics Institute.

After graduating as a factory trained technician his motorcycle journey took off. He went from washing motorcycles to overseeing multiple dealerships, and service departments as Director of Parts & Service.

He brings over a decade of powersports industry experience. As Ops Manager, his biggest joy is making others two-wheel dreams and adventures come true. 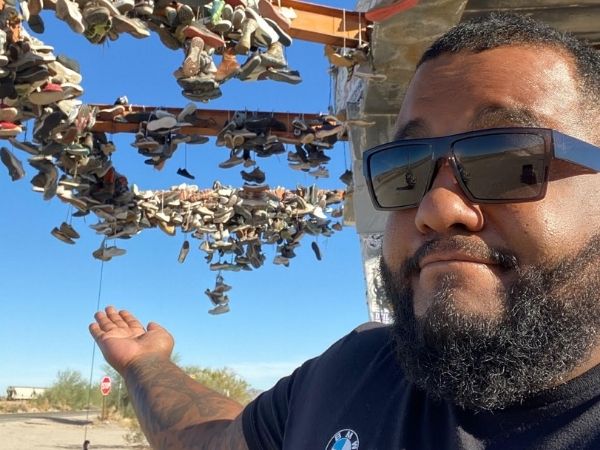 By sharing the spectacular footage that Neil and the Backcountry Expeditions clients capture with the world via social media, Beth's aim is to inspire more people to explore the road less traveled and find out once and for all where the dirt road really goes.

Using images and videos from recent and past expeditions, Beth's job is to fill you with wanderlust and get you excited about adventure! More people should know about the breathtaking backcountry that the States have to offer and the incredible routes that the Backcountry Discovery Routes team have mapped out.

We hope to do each BDR justice with the content that we share, and spread the word with more adventure enthusiasts who aspire to create unforgettable memories on two wheels.

Brent started his career as a professional cameraman and was trained in all disciplines of television production.

These days Brent works full-time in the software industry but combines his two passions (videography and adventure riding) to produce videos of his adventures to inspire and motivate others to get off the couch onto a bike.

In 2021 Brent joined the Backcountry Expeditions Team as a scout rider and official videographer, capturing and sharing our expeditions from his unique perspective. 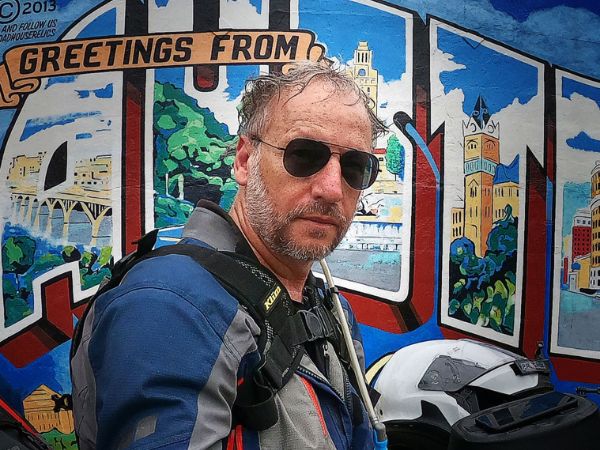 We are proud to partner and sponsor the Backcountry Discovery Routes® (BDR) non-profit organization that created many of the routes we're able to offer. Their tireless efforts to develop world class backcountry routes in the United States provides an incredible opportunity for all ADV riders seeking a fun, challenging and rewarding riding experience.

As ambassadors in support of their mission, we offer all-inclusive expeditionary packages for those seeking to complete any of the BDR® routes. We take care of all planning and logistics, leaving you free to ride and enjoy any of these world-class routes, creating memories to cherish for a lifetime. Our limited group sizes of no more than 6 riders creates a more personal experience that forges friendships and delivers a once-in-a-lifetime adventure for all.